How to Lock-in Interest Rates on TIF Bonds 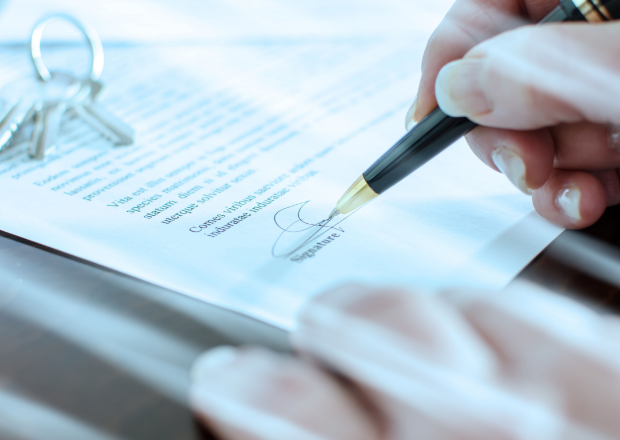 With the current volatility in interest rates, financing transactions have become harder to navigate, which has caused real-estate transaction closings to be delayed. This causes uncertainty on whether the project will ultimately be successful. Since tax increment financing (TIF) bonds are impacted by interest rates, volatility in the interest rate environment means that developers cannot predict the final proceeds of a transaction prior to closing. This uncertainty on the bond proceeds may ultimately impact the overall construction loan as well.

Given this issue, Hageman Capital created a mechanism that allows us to lock-in interest rates on the bonds we buy prior to the closing process, which gives real estate developers and local governments certainty of the amount of proceeds that can be generated from the TIF and a more secure capital stack.

To learn more about locking in interest rates to provide peace of mind for your next project, contact the professionals at Hageman Capital today.

What’s Currently Going on in the Interest Rate Market?

These rate increases have caused extreme interest rate volatility in the benchmarks lenders use to price their loans. For example, since the beginning of 2022, 10-year Treasury rates have increased over 100 basis points, with it topping out at 3.49% in June, and settling at 2.64% on July 29, 2022.

Typically, when the Federal Reserve raises rates to combat inflation, real estate developers may see commodity prices decrease over time. However, in the short term, the commodities markets may not always react as quickly as lenders and capital providers do. Additionally, commodity pricing is impacted by general supply chain issues, something which most producers are still suffering from the effects of the shutdown during the COVID-19 pandemic.

While developers can acclimate to the overall rising rates if given enough time, the short-term volatility of interest rates makes financing real estate transactions more difficult, especially if commodity and raw material pricing have not decreased.

Given that bonds typically price off an index like the 10-year Treasury for taxable securities, increases in rates (even though the spread has not increased) will result in fewer proceeds. TIF bonds follow that same logic, as higher interest rates will result in more incremental tax revenues (which pay both principal and interest), paying the interest on the bonds as opposed to principal.

Paired with the daily volatility of these indices, a developer will have difficulty finalizing their capital stack prior to construction closing.

We achieve this mechanism through an interest rate swap that will allow us to lock-in the spread of the transaction regardless of what rates do.

On behalf of the developer, Hageman Capital will swap the fixed cash flow of the bonds to a variable rate instrument with a counterparty. This swap will trade our fixed rate income stream (the income from the bonds we purchase, which has a fixed interest rate) for a variable rate income stream, typically a benchmark index plus a spread that would equal the fixed interest rate on the day of the swap execution. This essentially locks in the bond spread and would ensure that any changes in interest rates (up or down) would not result in a change in the spread.

What’s the Cost of Locking In Interest Rates on TIF Bonds?

Unlike a traditional option (interest rate caps/floors) that can be purchased, a swap does not carry much cost associated with the option given that it is a direct exchange of the cash flows.

However, the swap itself will have a value (positive or negative) to the parties, depending on whether rates go up or down after the swap is executed. This is also called the swap mark-to-market (MTM). MTM is typically what the parties would have to pay if the swaps were ever terminated to compensate (or receive compensation) based on the value of the swap.

For the counterparty (the floating-to-fixed party) to terminate the swap, they would have to pay the mark-to-market value to us (the fixed-to-floating party), since the swap will have a positive value. If rates go down in this scenario, we will have to pay the counterparty (the fixed-to-floating party), as that swap will now have a negative value.

In our program, breakage fees are only an issue if the bond transaction ultimately doesn’t close.

Given the current volatile and rising rate environments, being able to lock-in a portion of the capital stack is more important than ever. Hageman Capital’s rate-lock mechanism allows a developer to manage changes in interest rates and ensures a more seamless closing on the remaining capital stack. While some developers are unfamiliar with the swap market, Hageman Capital’s professionals are able to provide guidance throughout the process.

Have questions about our TIF purchase process or want to talk to one of our team members? Contact us below.